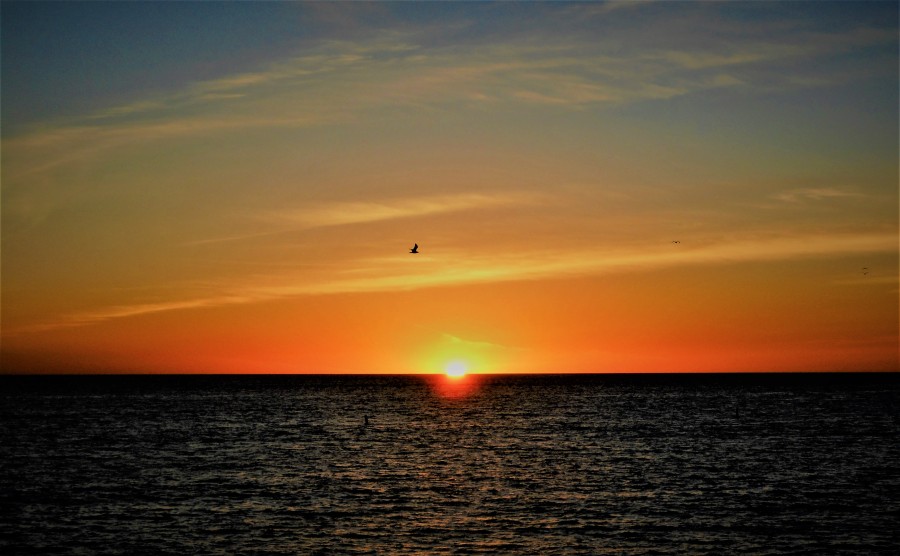 OK, we all know that sometime around December 21 is what is considered, in the Northern Hemisphere (I almost forgot there are people reading this on the bottom of the world, and for them it’s the other way around), the longest night of the year.

Or maybe it’s the shortest day—it’s a glass-half-empty kind of thing, but in this case my story is about the night, so we’ll go with that.

When was the last time you stayed up all night?

Maybe it was with a sick child a dozen years or more ago; maybe it was when you gave birth to said child, who so thoughtfully decided to arrive at the crack of dawn or slightly later, giving you the pleasure of being awake through the night; or maybe you don’t have kids, or it was even further back—that last time you stayed up with friends and went to a concert or a party or bar hopped until the sun came up.

Whatever the case, I bet it was a long time ago. Unless you are a person who works shifts, and in that case, this may not be a big shock to you or your system.

Not so long ago—December 11—just ten days’ before the actual longest night, I had to stay up all night for a test in the morning.

The test–a “sleep deprived EEG”—involves being hooked up to dozens of little electrodes.  There’s an attempt to get you to hyperventilate to the point of I-don’t-know-what and also an effort to give you a seizure….and then they let you sleep.  Which believe me, after being up for 24 hours, you will do.

This is the second time I’ve had this test, the first time being about 15 years ago, and for the same reason.

You see, this time, I was in the Home Depot late on a weekday afternoon after work—probably close to dinner, but I hadn’t eaten in a while (that said, my lunch had been healthy and I’d only had two or three small—Halloween size—pieces of candy after lunch).  I was looking at bathroom fixtures (ooh, toilet paper holders and towel rods!) when all of a sudden, the light seemed overly bright, I got extremely light headed and I couldn’t move.  I didn’t faint or otherwise fall to the ground, I didn’t convulse. But I knew I wasn’t capable of moving.

I felt as though I was having some kind of seizure (I guess; I don’t really know because we know now that’s not what it was), as clear, sharp images of things around me flashed through my eyes—the hardware, price tags, boxes on shelves, a ladder at one end of the aisle, a customer at the other…it felt as though my head must be moving, to see all those images, but no one looked at me funny best as I could tell, so I don’t think I was moving in a strange way.  I know I was able to realize it was happening, but I couldn’t do anything about it.  The customer finally came close enough that I asked him to walk me to a place to sit, which he did (so I was clearly coherent enough to ask for help, but I have no recollection of what I actually said to him).

I recovered fairly quickly (I think)—maybe within two or three minutes at most, and must have looked ok, because a couple of sales associates came upon me sitting on a pile of boxes and told me that if I needed help, I should ask .  And maybe sit on a the nearby chair instead of the boxes.  Then walked away.  Huh. Then I got in my car and drove home.

Yes, stupid, I know. The driving part.  No lectures please, the doctor already did it.

So my doctor and I tried to figure out what it was, again (he was my doctor for the first one too) and he ordered the EEG.

As I mentioned, this is the second time this has happened to me—the first being in 2003.  I had just come off a very intense work project in a city other than my own, I hadn’t slept well for days and was probably out socializing with my colleagues on quite a few occasions (but not too much); I recall having candy (specifically candy corn) and coffee for breakfast that day in the airport before flying to New York, where it happened in a pizzeria.

I don’t know how long either took to pass—that’s how disconnecting they are. My guess is that it’s over within ten minutes, from start to finish. But that’s just a guess.

So was it one of the “dreaded S” words–a stroke, a seizure, what?  Or was it something else, something even worse? Whatever the case, the possibilities were scary.

The doctor prescribed that first EEG and it was the first time in a long time I stayed up all night.  Somehow when you have to, as opposed to wanting to or running on adrenaline because of some crisis or even something fun and exciting, it’s not so easy.  I don’t recall what I did that first time, but I think it was early in the fall (same as this one), I was 15 years younger, and it wasn’t the worst thing I’ve had to do.

In case you ever have to do it, here are some tips to help you make it through the night (that was a song, wasn’t it?  I don’t think this is what they meant):

Early evening  (up till; about 11 pm, or whatever your normal bedtime is)

Wee Hours of the morning (the home stretch)

So, those are just a few of the things I did (I should have kept the list—yes, I jotted down activities as they came to me, then organized them in early-middle-late spaces and seriously went at them).

In the end, I got a tremendous amount done, having those extra eight, nine, ten hours, and I did manage to stay awake all night.  I took the test (which was again, inconclusive, just as it was the first time 15 years ago—actually good news, as it meant no seizure or stroke; now the only thing we can figure is that it might be low blood sugar or something like that, which is a little tough to test for), and went home and napped throughout the next day.

That’s the end of my story about my longest night of the year.

So, if you feel like it, here are two questions to consider for your thoughts and opinions: